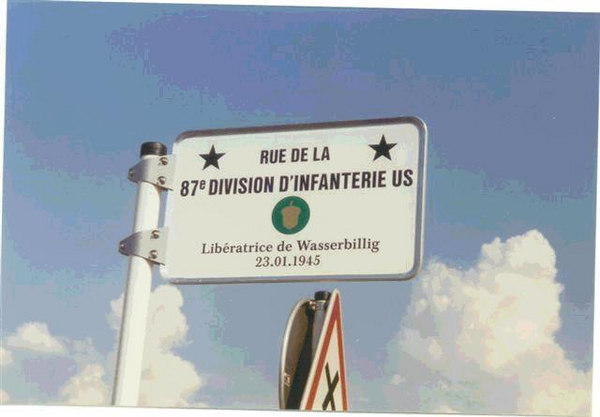 Wasserbullig, Luxembourg The issue of the Bulge Bugle (VBOB) May 2004, omitted the event of the Liberation of Wasserbullig, Luxembourg by the 87th Infantry Division. A listing of the towns liberated, and the units which liberated them, was published by Jean Milmeister of CEBA. who edited the book, “The Liberty Road in the Grand-Duchy of Luxembourg 1944-1994.” Also the plaque to the liberation of Wasserbillig in that town was also omitted in his listings. This ommission was called to the attention of the BUGLE Editor. John McAuliffe Mac; M-347