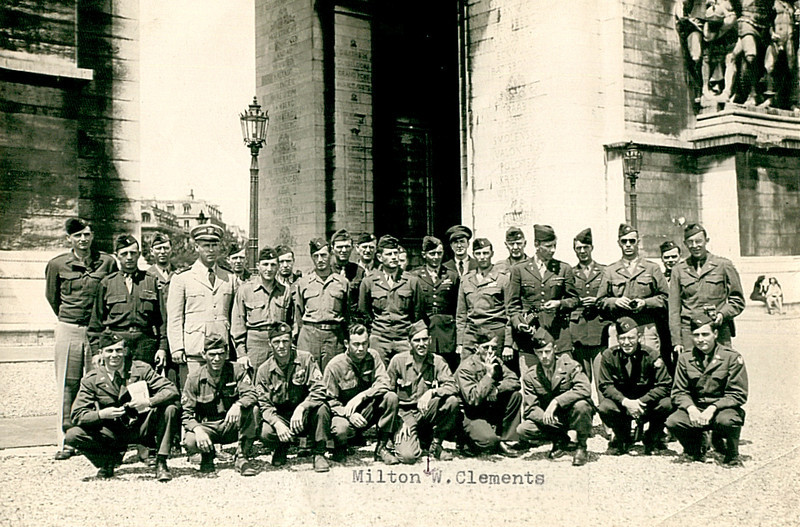 Photo from a GI tour of Paris, France. T/Sgt. Clements received a three day pass to either Paris or Luxembourg City, and can be seen in the center of the first row. There is at least one other 87th soldier in this group: on the front row, the third fellow from the left is a T/Sgt sporting the Golden Acorn.