The "Liberty Convoy“ was a commemorative event held at the 65th anniversary of the liberation
of Plauen including the "Vogtland“ region from the nazi regime by the 87th Infantry Division. On
these three days a convoy of over 40 original vehicles (Jeep´s, Dodge and GMC trucks) with
more than 100 re enactors in Original US Uniforms and arms made their way through the
region surrounding Plauen. Three memorial plaques in memory of the events at the subsidiary
camp to the concentration camp "Flossenbürg“ and of course also in commemoration of the
liberation of the town Plauen were unveiled.

We, the people from the company "ad astra Plauen“ had planned and organized this event
months before, together with our friends Andreas Bräuer and Rolf Ballhause. We are
particularly proud about the participation of 5 WWII veterans of the 87th ID: Tom Stafford,
Eldon Gracy, Gene Garrison, Tom Burgess and Jesse Bowman. Those guys made all the
way overseas to attend at this event! 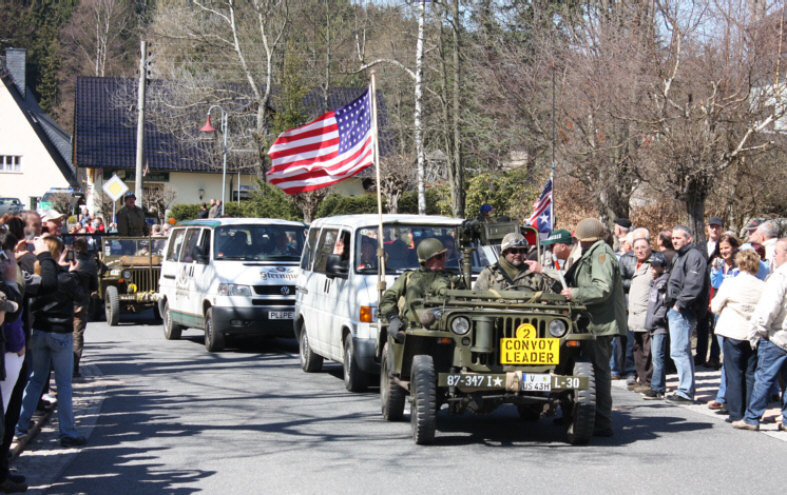 The convoy will be welcomed in Carlsfeld. In the two vans behind the convoy leader are the veterans with wifes and family