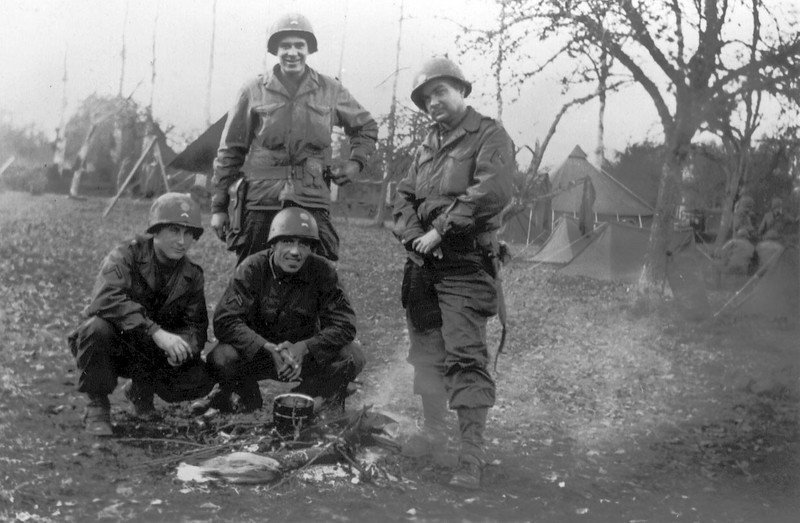 An interesting shot of a group of AT gunners not long after arrival in France. The guys are shown wearing helmet liners with what looks like divisional and rank insignia. They are wearing the old style leggings wool trousers and field jackets. Joe Hewitt is shown wearing a .45 pistol on his web belt. As I remember him telling me he traded this for an M1 rifle at his first opportunity once they got into combat!